the
alexandria library -
​old and new 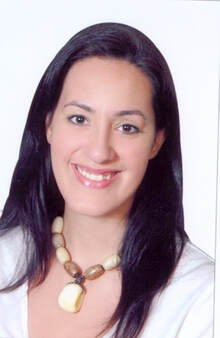 Heba El Rafey, Director of Public Relations and International Communications,
visited the Baltimore-Washington area July 22 – 25
as a guest of Friends of the BA Maryland, Virginia, D.C. and
the Baltimore Luxor Alexandria Sister City Committee. Ms. El Rafey graduated from London University and has lived in Saudi Arabia, the United Kingdom and Italy. At the BA, she oversees Youth Activities, engaging Egyptians 18-35 years old in entrepreneurship, civic work and youth culture and understanding. She also maintains connections with the 15 + countries belonging to the International Friends of the BA.

The Ancient Alexandria Library Anew for the 21st Century
Alexandria, Egypt, was a world center of knowledge and learning in the third century BCE, when its ancient library gathered scrolls and scholars from around the world.  Learn how the Bibliotheca Alexandria (BA) in the 21st century is dedicated to recapturing the spirit of openness and scholarship of the original library.